by Zeri
in World News
0

Evidence of this comes from the President’s Twitter account which only broadcast his thoughts 2-3 times a day compared to the usual 10+.

But don’t worry dear reader, there is still plenty to discuss and we were treated to such gems as this:

Trump says we’re all Americans, “no matter what color blood we bleed”

Interesting. Anyway, this week has been mostly about…

1) KELLYANNE CONWAY IS BACK!

Where did she go you ask? According to CNN, the counsellor to the President and the most entertaining person on TV since Chemical Ali had been sidelined by the White House after a string of car-crash appearances.

Then, after a week-long absence from TV screens, she returned in style at CPAC to do what she does best – say slightly weird things.

You can watch the interview here and we’ve broken it down so you can skip straight to the good bits.

(UPDATE: Since publishing this piece this has happened)

More info on that here.

Bannon hates the media. He’s also not sold on Islam. Here’s an excerpt from a piece by Flemming Rose of the Cato Institute.

“What disturbed me the most in our conversation was Bannon’s apparent belief that violence and war can have a cleansing effect, that we may need to tear down things and rebuild them from scratch. He made it clear he had lost faith in Europe as secularism and arriving Muslim immigrants had eroded traditional Christian values as the founding pillar of our civilization. Losing the Christian faith, in his view, has weakened Europe ― it’s neither willing nor able to confront Islam’s rising power and some European Muslims’ insistence on privileged treatment of their religion.”

Here’s Hillary ‘08 adviser, Peter Daou, with some analysis (abridged, check out his Twitter account for the full thread).

1. THREAD. On the power structure of Team Trump. Bannon pulled back the curtain today. Here’s what we learned… It’s not comforting. (1/17)

2. Steve Bannon is the brains behind it all. He sees himself as a political/social philosopher with a radical vision to remake America.

3. Donald Trump is the front man who keeps his true believers riled up so he and Bannon can use them as leverage to wield more power.

16. So here we are. Anything can happen, from trudging along as we have been, to a dramatic crackdown on free speech and a major war.

3) ALEX ‘EVERYTHING IS A CONSPIRACY’ JONES TALKS TO TRUMP!

Why is this terrifying? Well, here are 7 good reasons.

Surrounded by men in the Oval Office, the billionaire businessman signed an executive order in January which banned US-funded groups worldwide from providing information on abortion.

Norwegian prime minister Erna Solberg was cited on Monday by Reuters as saying: “The government is increasing its support for family planning and safe abortion by 85 million Norwegian crowns (£8 million) compared with 2016.

For context, here’s Trump on the election campaign saying women should be punished for getting illegal abortions.

The end of US money to help women in developing countries be counselled on abortion could have deadly consequences, according to the World Health Organisation.

It estimates that more than 21 million women a year have unsafe abortions in the developing world, which accounts for about 13% of all maternal deaths.

Lots of people showed up. 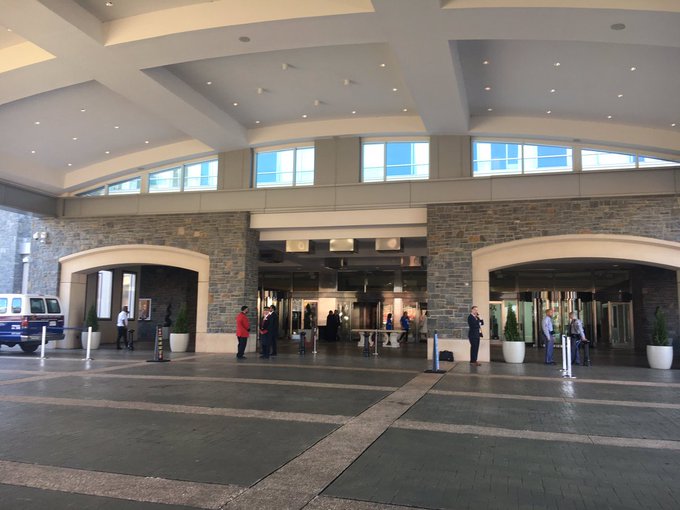 Here’s a picture of the crowd lined up outside CPAC to see Donald Trump speak http://bit.ly/2lNs50c 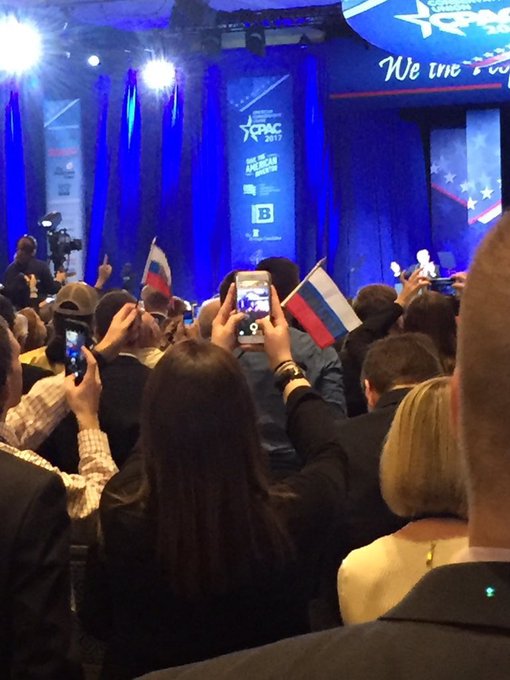 Those pro-Trump flags at CPAC look a lot like Russian tricolors.

Trump says we’re all Americans, “no matter what color blood we bleed” 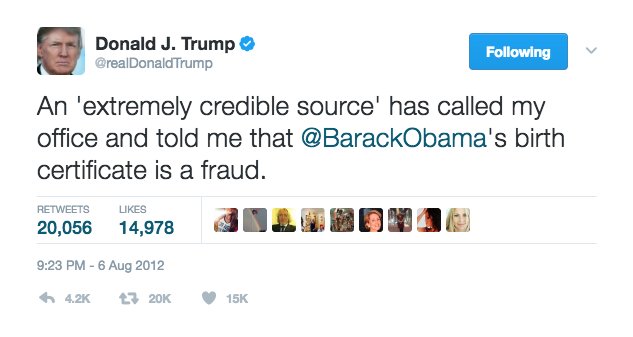 Donald Trump at CPAC today: “No more sources. They shouldn’t use sources, they should put the name of the person.” 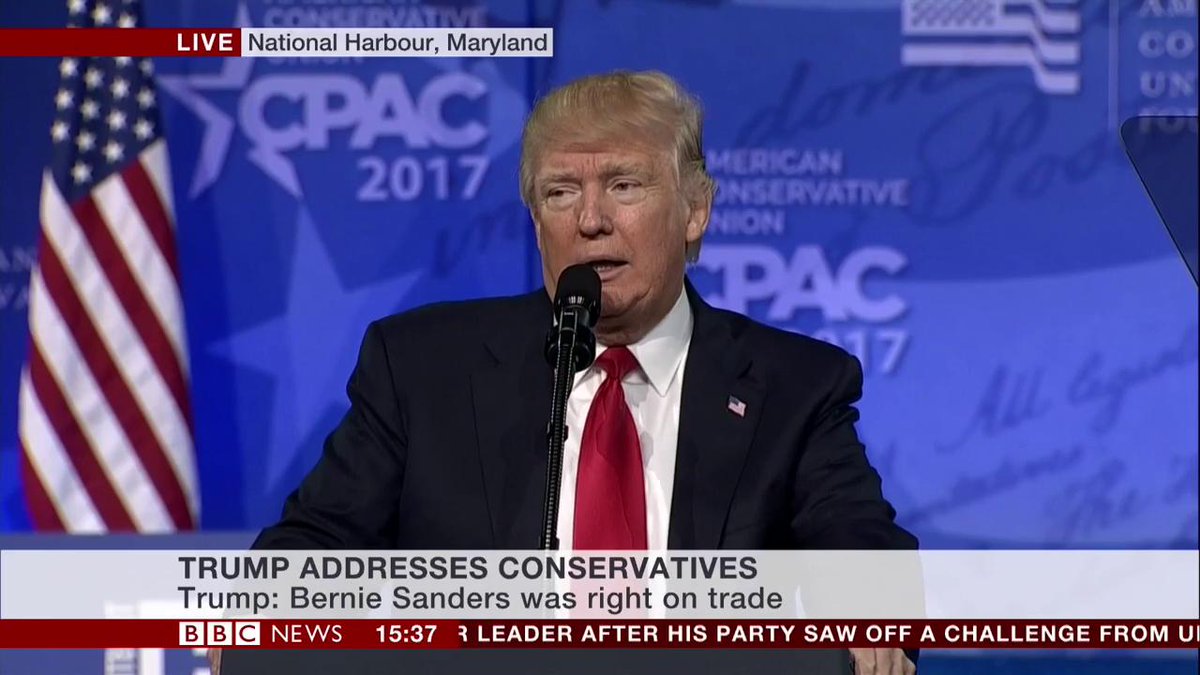 On the plus side this also happened. 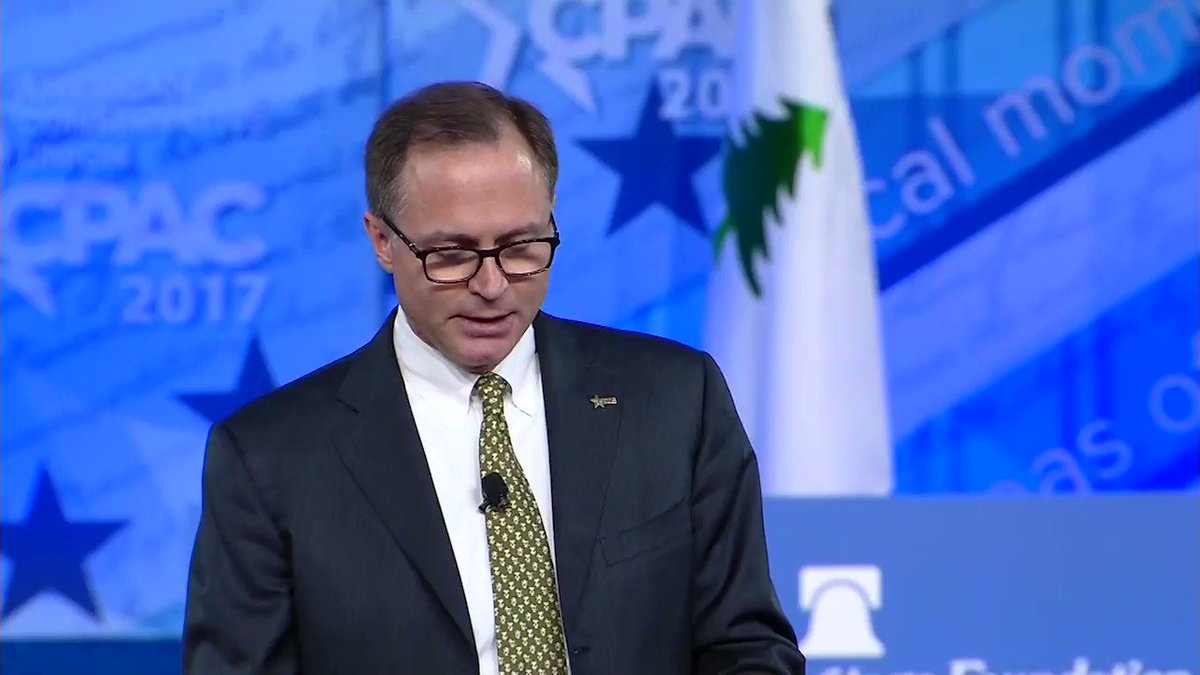 Richard Spencer was ejected after he was spotted by a #CPAC staffer, who revoked his credentials http://politi.co/2mh5FlO