Bonjour Mrs. Beckham! Victoria catches the eye in chic semi-sheer skirt as she sweeps into Paris with son Brooklyn

by Zeri
in Gossip
0

She enjoyed a light-hearted prank at the expense of her oldest boy as they journeyed to Paris on Friday morning, but it was business as usual for Victoria Beckham following their arrival in the French capital.

The celebrated fashion designer colour blocked with typical élan in a crisp blue dress shirt and sweeping maroon skirt as she sashayed across the picturesque city’s Gare Du Nord station.

With a subtle sheer detail the bold pleated design ensured Victoria, 42, stood out while making her way outside with 18-year old son Brooklyn and a troupe of burly security guards.

Scroll down for video 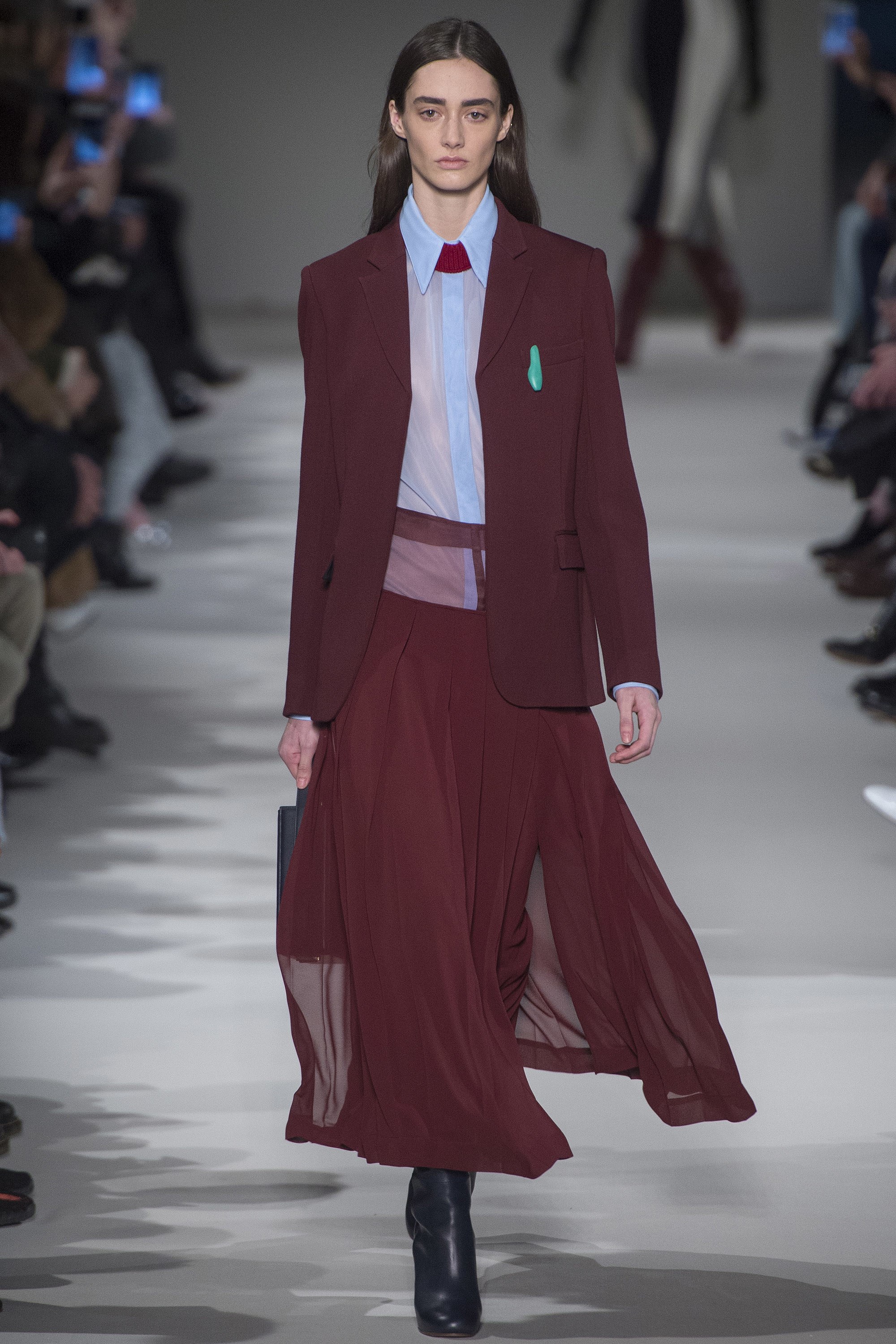 Here they come: Victoria Beckham was joined by oldest son Brooklyn as she arrived in Paris on Friday morning

The former Spice Girl continued a rather tasteful colour scheme with a pair of matching leather boots, while obligatory sunglasses shielded her eyes as she ventured towards a waiting car.